How to Overcome Depression and OCD?

In THE cave – Miracles don’t happen, they are created

The Complete NLP Training in Mumbai

“The world as we have created it is a process of our thinking. It cannot be changed without changing our thinking.”
― Albert Einstein

It was a rainy yet cheerful morning when we all met Nasreen in Cochin, a young teenager from the beautiful and green city of Thrissur, Kerala. She had dropped out of college and was full of doubts and frustration. Like everyone in the group, she was there to experience the magic, the MAGIC OF CHANGE by Mohammed Rafi.

It was in the afternoon of the first day of 5-day Workshop when Nasreen gave her introduction the group. And shared what is it that she is going through and this is what she shared –

“I have been diagnosed with Depression and OCD and I can’t look people in the eyes, I shiver when I talk. I use to love art and now I can’t even lift a pencil and draw a line. I want you to tell me Rafi – How to overcome depression and OCD “

We all could see the pain in the eyes of her mother, who was present in the room. Her mother was worried and tensed and tired yet standing by for her daughter.  A mother will go to any limits to help her child overcome the devils like depression and OCD. They have been searching for an answer to the question – How to overcome depression and ocd? And finally they reached Rafi and Magic of Change.

The first day passed and we all could see the nervousness and internal dialogue Nasreen was going through. She couldn’t look at people in the eye when she was talking with people.  She kept her chin down, and she was extremely uncomfortable in the group and the biggest issue which was making her life miserable was that she couldn’t share her room and washroom with anybody apart from her mother. Showed all the symptoms of depression and OCD.

Now Rafi, being the magician he is, knew which magic wands to pull out from his tool kit and whirl over Nasreen. What makes him unique is his ability to apply both logic and emotion at the same time, his intention to transform people without judgement and with love and empathy for the person who is putting their trust in them, he instantly diagnosed the core problem from his excellent calibration skills and he instantly realized that the foremost priority is to break the major belief that the person that is constantly running in her head which tells her

“She has many problems with herself”

The Methods Used By Rafi:

Rafi is a firm believer in breaking patterns. He knew that any work with he will start only after breaking this thought pattern which keeps running in Nasreen‘s mind.

AND, Within 3 days we all saw an example of an excellent craftsmanship of how a  good coach can craft and mold people into the best form of themselves, he gave us something which none of us who were present there could ever forget. We are aware of how pictures and visuals remain ingrained in our mind more than words. And in this case that beautiful, excellent, breathtaking and astounding picture was more than enough to convey what is MAGIC OF CHANGE.

The picture of life, acceptance, and self-love! That was the golden moment where she learned how to overcome depression and OCD and faced it with courage. She regained her strength and self belief. The magic of change has happened and this was the best treatment one could receive..

This happened when some extraordinary NLP techniques were applied efficiently and thoughtfully by the Master magician. Some of his applied tools like hypnosis and Reframing change and reprogrammed her mind from doubts and frustration towards clarity and acceptance. Rafi is skilled at finding the right moment and striking on the iron when it’s hot, to get maximum impact and result.

He guided her to take an action. He knew that if Nasreen feels that self love, it will break down her pattern of thoughts. Rafi calibrated with her body language, tone and expressions that her art is her power, so instantly after completing his therapy she was asked immediately to pick up a pen and start drawing instantly.

And here is what the girl, who has just emerged from her cocoon, had to say

“This is the first time I have drawn without an eraser; I just continued drawing as it made me extremely happy “

This is the same girl who couldn’t even look in the eye while talking and now everyone surrounding her could feel her happiness as there was so much sparkle in her eyes. According to one of the participants “she was walking like confidence of a star” Isn’t it Magic of change?

This was just the beginning of the end, the end of one of the un-resourceful belief. Then the magic of change continued which transformed her internally. Now the constant thought pondering in her mind was answered…No more question of How to overcome depression? The most crucial was when Rafi used a very powerful technique. “Submodality shift” was the technique and made her to let go of her inhibitions for sharing her room with people.

Then fourth day came with a surprising revelation when the same girl told everyone happily: I don’t have any problem I am perfectly fine” that was the moment Rafi knew that his work has been done.

It was not just her words; it was her eyes and body language visible with head up, Relax tone. Her energy became vibrant and colourful. Her mother could finally leave her daughter to experience the world waiting ahead with hopes, dreams and colours. 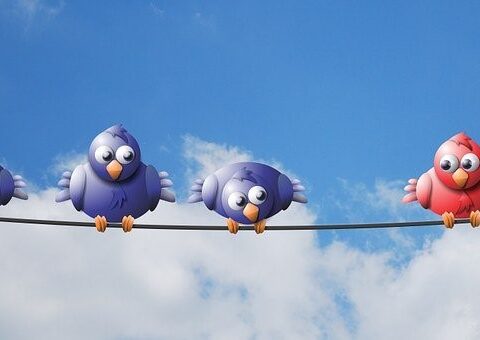