How to change beliefs in subconscious mind – find doorway to happiness?

How can NLP help with public speaking?

Can Phobias Really be Cured in 5 Minutes with Advanced NLP? 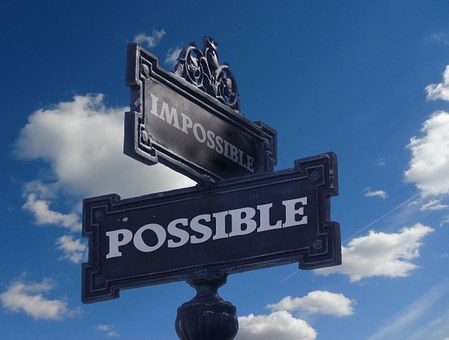 Human beings are social animals, we live, breathe, and die in society. Even before we came into being, we are being conditioned for everything – from what is right or wrong to how to offer prayers to how to behave with strangers. So your mind is already programmed for merely everything. Now understand like this – when you find yourself in comfort zones that means your mind has a program for that and when you don’t find yourself that means there is no program created or there is a program that that particular thing is not appropriate. If you have come to this page and if you realize this, then you can reprogram and change beliefs in subconscious mind and find ease at things which were difficult previously.

According to James Allen, “The outer conditions of a person’s life will always be found to reflect their inner beliefs.”

As Bruce Lipton says, “What you deeply believe in, what’s programmed in your subconscious mind – that’s gonna run your body and your life. Not some Genes and DNA.”

What you believe to be true is transferred by your nervous system to your cells and that changes the whole biology.

In his book, biology of belief Bruce Lipton said,

“Just like you and me, cells are shaped by where they live. In other words, it’s the environment, stupid.”

“Genes are not destiny! Environmental influences, including nutrition, stress, and emotions, can modify those genes without changing their basic blueprint.”

According to Orrin Woodward, “Belief is the magic key that unlocks your dreams.”

How your beliefs are responsible for your happiness

The human nervous system acts as a controller of the entire body including mind as well. It translates signals from the outer world into electrical signals and transfer them to the cells to act upon. The problem arises when you consider them as a curse rather than a blessing. It may be due to deep ingrained beliefs, thoughts, consciousness, or environment which create signals to match with the reality and resulting in positive or negative action.

For example, if you have a bad experience with starting a business earlier and you continue to dwell over it rather than finding ways to overcome it, you’ll never be able to start anything over again. In other words, you can consciously take it as a curse or as a learning, it depends on you. Or you can consciously work on your belief system and removed it completely.

The best part is when you know you have to change, you can change your beliefs consciously.

As Simon Sinek says that there are hormones that determine human happiness – Endorphins, dopamine, serotonin, oxytocin, and you need all four of them to stay happy

As per Peter McWilliams, “If you change the belief first, changing the action is easier.”

Some people also say that it is in your genes that you have to live life in limited means. According to Bruce Lipton – “the notion of genetic or DNA “determination” – is untrue.” It is practically possible that you can change your beliefs, alter your thoughts and make magical changes in your health and life for the good of you and others.

It is time you kiss goodbye to your outer neighbourhood and dive into your inner home and bring out the best in you.

Now many people at times ask how to focus on their internal voice. The best way is to shut your ears to the outer world so that you are able to focus and concentrate. Your outer world today is mainly includes by social media, pubs & parties and mobile. You are fascinated by what others are doing than what you have to do. You think that showing off on social media, going out and commenting on each and every status is what the trend is and you must follow it to not left behind and look cool. Yes, you have to keep up with the trend but you must listen to yourself first and find where your happiness lies.

Who decides your Reality?

It all starts and ends with you!!

As Ralph Waldo Emerson said it simply: “Nothing can bring you happiness but yourself.”

Learn who is your real friend and also your real enemy!! – It’s your own belief

HOW A BUSINESS COACH MADE INR 3 LAKHS FROM HOME IN JUST 3 DAYS!!