See How The Best NLP Trainer in India transformed a Depressed Man to a Guinness Man in less than 3 months…!

“The doubters said, ‘Man cannot fly,’ The doers said, ‘Maybe, but we’ll try,’ And finally soared in the morning glow while non-believers watched from below.”

Grey is ambiguous. It doesn’t allow you to absorb goodness and neither let you reflect who you are…and this is a story from GREY TO BLACK.

The Curious case of Febin Matthew – the true story about a 24-year-old young man who was having insomnia (sleepless nights), depression and anxiety issues. This is a story of finding HIMSELF through the combination of Black and white.

Mathew was living in Bangalore, leading a normal and happy life, when a very unfortunate incident happened in his life when he was traveling with his friend. They met with an accident where he was severely injured, and his friend lost his life in that traumatic incident. IMAGINE, one moment you are riding alongside and then you find yourself all alone with just agony and pain and heart wrenching guilt.

And then sleepless nights followed the traumatic incident. It was a dark period in Mathew’s life, a period when emotions like blame, sadness emerged and unveiled themselves and surrounded him altogether. He found himself not able to talk to anyone, not able to communicate or sleep.  The emotional pain was as real and fierce as physical pain. He fell into depression and anxiety. Depression is merciless …it takes away every bit of joy and hope slowly and silently.  Mathew did not even feel like talking to his parents or friends. His parents were trying everything in every direction to help Mathew come out of this situation. They consulted psychologists, went to the top most mental health institute in India, took some medications, but nothing was working. They could see that treatment was worse than the disorder for him. They even took him through electroconvulsive therapy (shock treatment)

And that’s when his friend Ann Thomas who was working A HR manager in Trivandrum referred him to Mohammed Rafi (Best NLP Trainer in India) and then something magical started. Mathew received the best gift from the universe. A gift of deep caring and love wrapped and handed to him every day. For Rafi, it was more than a coaching or training session. He helped him like his younger brother and worked on transforming him from within. Mathew attended NLP practitioner training programs in Mumbai, Cochin and Chennai. And Mathew started seeing why Rafi is the Best NLP trainer in India.

This is exactly what Magic of Change & Rafi did. Enabling Mathew to ABSORB the joy around and helping him come out of his depression which was latched with him and for this Rafi used an assortment of NLP techniques and other Behavioural change methodologies. He led Mathew gradually towards Hope, Determination and Action from depression, anxiety and insomnia.  And he came out of his depression, started sleeping peacefully and said goodbye to his anxiety disorders. Sounds magical, isn’t it? You too can experience the magic through the Magic of Change experiential NLP trainings in Mumbai, Chennai, Delhi, Kolkata, Bangalore, Pune, Hyderabad, Cochin, Dubai and Qatar. Magic of Change is the only NLP Training company in India who operates Pan India and who focusses on world class skill building and transformation.

Mathew learned with Rafi and transformed his life with dedication. The Transformation was so powerful that he joined Magic of change, yet the spark which was ignited within Mathew by Magic of change was so fierce that he wanted to accomplish something extra-ordinary in life.  He wanted to achieve something which very few people in the world would have done. He wanted to touch his Full Potential as now he has seen the joy within and RAFI WAS OVERJOYED SEEING THE TRANSFORMNATION in his student, that’s when Magic of change worked with him to help him find his golden goal. It was Something Unthinkable but that’s MAGIC OF CHANGE. It gives you power to go beyond your limitations, beyond rational Beliefs. The goal became as clear as glass for Mathew.

And in the Beyond Mastery workshop in Himalayas Rafi instilled that Goal deep inside Mathew’s unconscious mind.

The Golden goal – “becoming a martial arts teacher and getting a black belt in Karate within 3 months.”

Bruce Lee once said- “ABSORB what is useful, DISCARD what is useless and ADD what is specifically your own”

As we all know that all goals are accomplished first in mind, Rafi worked on complete strategy around reprogramming the mind, setting action plans,  facilitating mentors to guide him along and then send him to Dr K J joseph – popularly known as Indian Bruce Lee ( a 2 times Guinness world record holder himself) who was kind enough to accept the challenge of training Mathew for getting the black belt in less than 3 MONTHS.

Rest is the story of Resilience, the power of NLP training, the process of turning into a Diamond, Precious yet indestructible. In just three months, Mathew Received an Honour of his life, when he earned Black belt from Indian Bruce lee himself. It was not just some Martial Arts class. To train UNDER Mr K. J JOSEOPH is a test of mental strength and with Rafi’s guidance, he accelerated the process of learning exponentially and shone like a sun.

The ultimate goal of any Martial artist and it really is interesting to see How Febin Mathew who  went through a Grey period in his life and found his glory dressed in the classic attire of a Martial Artist – white dress and black belt.

He couldn’t believe it when he was awarded black belt in less than 3 months, He was there absorbing Resilience, Power and Respect with BLACK and Reflecting glory of wearing white as Trust and Love. A young man living in Bangalore who found back colours in his life when he was awarded black belt by the legend himself- Indian Bruce Lee -Mr. K.J JOSEPOH.

This is not some fictious story. it is AS REAL AS LIFE

AND HERE IS FEBIN MATHEW NOW – standing tall in his glory. Yes, that’s the Power of change. REAL TIME CHANGES AND ACCELRATED GROWTH which you can also achieve through our NLP training programs and customized one to one premium platinum coaching programs by Rafi who is rated as the Best NLP trainer in India.

Request a call back now or just dial 8891894588 now to come out of your pains and troubles in life. And see how Magic starts weaving in your life

See how the magician cured Dorothy of her 15 year stammering in less than 2 hours. 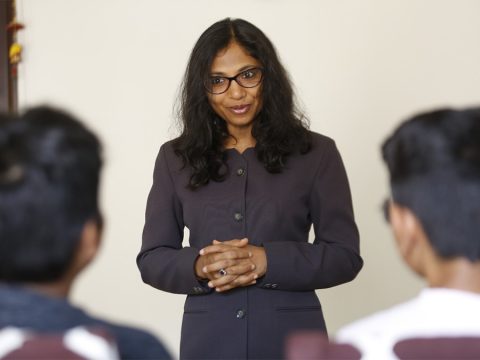 See how Taruna Sharma came out of an abusive marriage, started & grew her business by 10X in less than 18 months and you too can..!